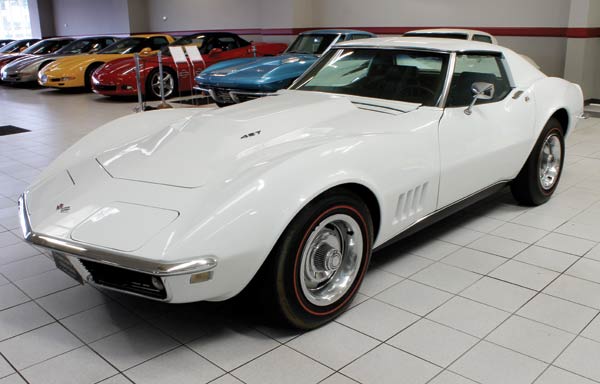 Although the wheelbase and most of the chassis carried over from 1967, the 1968 Corvette was an all-new design, and marked the start of “C3” production. Both the exterior and interior of the new car were completely restyled. The coupes now featured removable T-tops as well as a removable rear window. Production for ’68 was 28,566 units, made up of 9,936 Coupes and 18,630 Convertibles. Only 80 of the coupes were L88-equipped.

Chevrolet never identified the ’68 Corvette as a “Sting Ray” – that label would return for the 1969 model year as one word – Stingray. 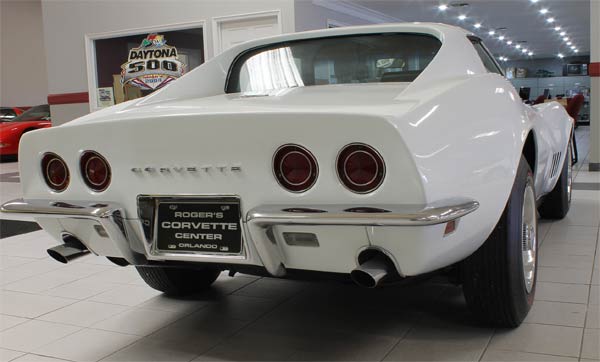 Power: The 327 was standard equipment. This engine was rated at either 300 or 350 horsepower (depending on transmission choice, air conditioning and power steering). The 427 was rated at 390, 400, 430 and 435 horsepower versions – again, depending on options. Carburetors for 1968 were Rochester Quadrajet or Holley units.

The L88 Corvette is a car that, for the most part, hid in the shadows. But it actually cast a big shadow on the American muscle car scene as well. If you were keeping a close ear to the ground, you knew about it. But if you didn’t pay attention, it came and went in a flash. The reason for its existence was that Zora Arkus-Duntov, the chief Corvette engineer, was chagrined that Ford got all this publicity for winning the 24 Hours of LeMans. Yet he knew that Chevrolet had a durable engine in the 427 and wanted to make it available for racing. But he had one problem – Chevrolet, officially, was not in racing. They had their heavy duty parts lists you could peruse at a dealership, and buy stronger parts than normal over-the-counter, but didn’t have a ready-to-race model like Ford had with the Cobra 427 S/C, or even GT40s (of which they only sold a handful). So Duntov pushed and shoved and developed the package known as “L88.” 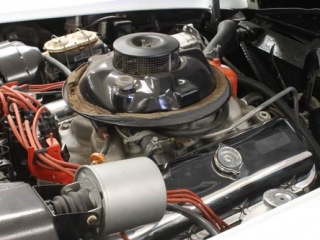 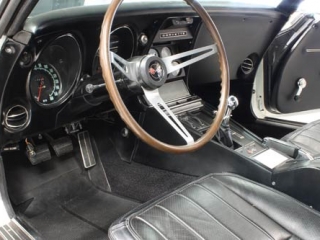 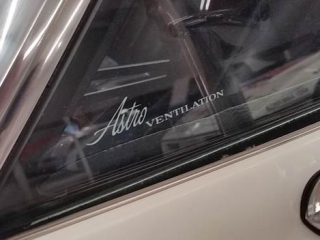 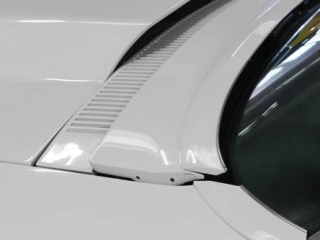 Introduced in the ’67 Corvette (only 20 L88s were built that year), that small handful of cars was only the start of Duntov’s war against the Cobras. The package (see our story on this engine/package as it began in 1967 – starting on page 26) was carried over in ’68 in the new “Mako Shark” inspired body and was phased out during the following year (calendar year 1969). There was no chance it would be offered in production in the future as all kinds of emissions laws were coming into being in the early ’70s. In the new-for-’68 body, the L88 accounted for 80 units. One way of checking on the number made is by the use of the heavy duty options. The records show that in ’68 only 80 M-22 “Rock Crusher” gearboxes were ordered, so they probably all went on L88 Corvettes. A bit odder is the fact that 81 1968 Corvettes were built with the heavy duty J56 special performance brakes – which means 80 L88s got them and one non-L88 car did as well. The last year of its offering, 1969, shows a change in sales. Word must have spread because that year, its final year of production, it recorded sales of 116 units.

While Chevrolet acquitted themselves well on the sports car racetrack with the L88, they also did well in drag racing, where they could regularly run in the low 11 second range at over 120 mph. If you ran in a modified class where you could choose gears (a stump pulling 4.56 was available), stickier slicks, headers and open sidepipes, you could rule the track.

This L88 Corvette has been owned by Roger Judski of Roger’s Corvette Center in Maitland, FL since 1976. The odometer reads 17,330 original miles. This car is fully documented – it’s the one that started it all as the cornerstone of Roger’s Dream Team collection of big-block Corvettes!