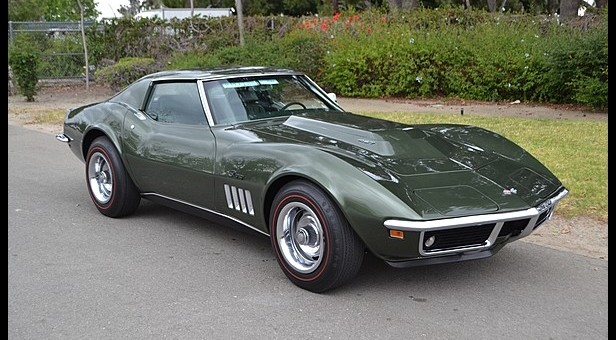 As you may have noticed, the auction world is L88-crazy right now. These Corvettes have always been a strong draw with well-heeled collectors, and with the recent jaw-dropping sales of a 1967 model and another L88 headed to Seattle in less than two weeks, enthusiasts are waiting to see if the crazy prices will continue. But this time it’s a C3 version, which have been missing the limelight as of late, so GM Authority thought we’d give this 1969 L88 some consideration.

With the redesigned 1968 Corvette and increased availability and visibility of the L88 package, production shot up four-fold to 80, and then increasing to 116 for 1969. That was the year that Chevrolet also introduced a heavy-duty automatic option for the first time, but most buyers ordered the four-speed. Created as a car that you could buy off the street and go racing (road racing more so than drag racing), not many actually did that but those that did experienced international success, including in SCCA events and even the 24 Hours of Le Mans.

This Fathom Green 1969 L88 has had only 15,480 miles over the past 45 years. Its motor is the very one that it came with when new, although no word if the four-speed manual is the same matching unit. Rotisserie restored in 2004-05 and professionally appraised by a National Corvette Restorers Society judge soon after, you know this Vette has legitimacy on its side, but for you hard-line folks who are hard to please, the original tank sticker is included so there’s no doubt that this is a pedigreed L88.