Here is my 1998 C5 Corvette. The first owner was a lawyer from Baton Rouge, LA. Second owner is the father of a Miss Louisiana contestant who used the ’Vette for parades so his daughter could ride in it. I’m the third owner.

The car has over 135,000 miles on it and was in sad shape when I got it. I had a complete brake job done, and I replaced all of the interior to match the exterior color. I also had the A/C overhauled and had a quite a bit of engine work done. Only the rear fenders had decals, so I had extra decals placed on it. I have invested over $8,000 in the car.

I had a 1996 Corvette previously that I was restoring, but ran out of funds, then gave up on it. Then I saw this C5 on eBay and jumped on it. I’m a member of the Greater New Orleans Corvette Club. I’ve commanded army tanks, driven motorcycles and flown planes. Now I’m over 60 and it’s about time I owned a Corvette! 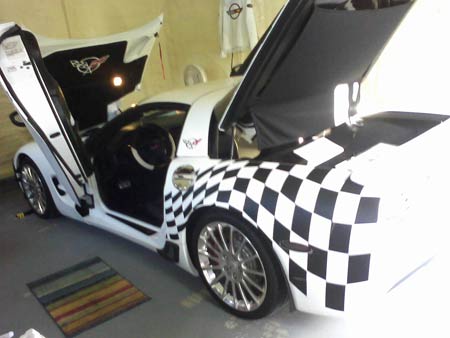 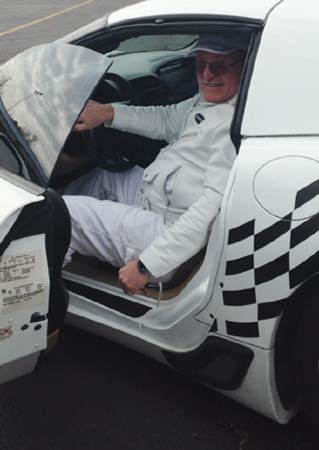 Bio: I retired from the Jefferson Parish Sheriff’s Office in April of 2002. I was forced into disabled retirement from the Federal Government as a Federal Police Officer due to a motorcycle accident.

I was divorced after 13 years. Married again in an airplane over the Superdome on my 40th birthday on national TV! The first couple ever to get married flying in a plane in the U.S. I have one daughter from this marriage and a step daughter. My daughter is a dental assistant and a competition cheerleader and travels all over the country, and my step daughter is a teacher at John Curtis Lower Private School in Jefferson Parish.

If you would like to see your Corvette in our Pit Stop Blog, please visit: