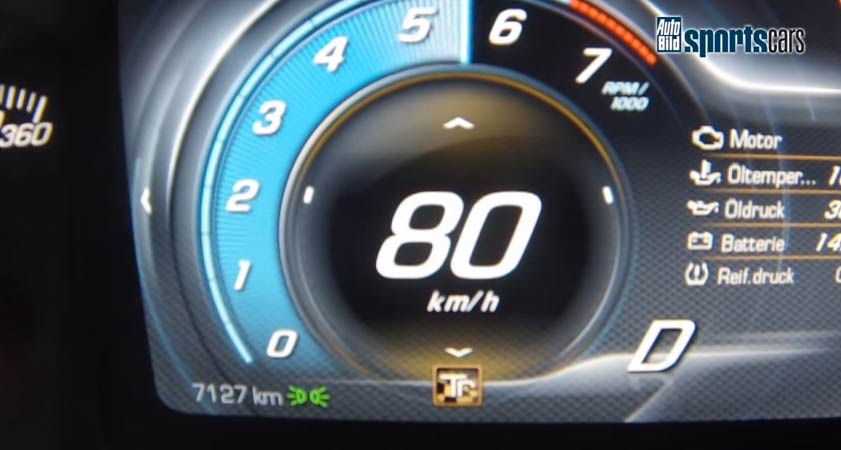 Here’s What Happens When You Take A 2015 Corvette Z06 On The Autobahn: Video

The C7 Corvette Z06 has the straight-line performance to outgun a lot of other performance cars on sale today, but the car is mostly about being a serious performer in the corners. The automotive media hasn’t stopped chattering about its jaw-dropping capability on the track, a characteristic you can chalk up to its effective aerodynamics and Michelin Super Sport tires, among other features.

In America, the Z06 has been making its rounds through different magazines and publications at they familiarize themselves with the 6.2-liter LT4 V8 and optional 8L90E eight-speed automatic transmission. However, until just recently, the European media had yet to get their hands on America’s newest offering to the supercar gods.

One of the magazines which picked up a Z06 for testing was AutoBild, a German publication. Before conducting their track tests, AutoBild decided to take the C7 Z06 out on an unrestricted section of the Autobahn to stretch its legs a bit. As they point out, the car’s top speed is slightly limited by its aerodynamic pieces (we’re looking at you, wicker bill rear spoiler) but its 189 mph (305 km/h) top speed is far from slow.

Climb aboard for the ride in the video below.