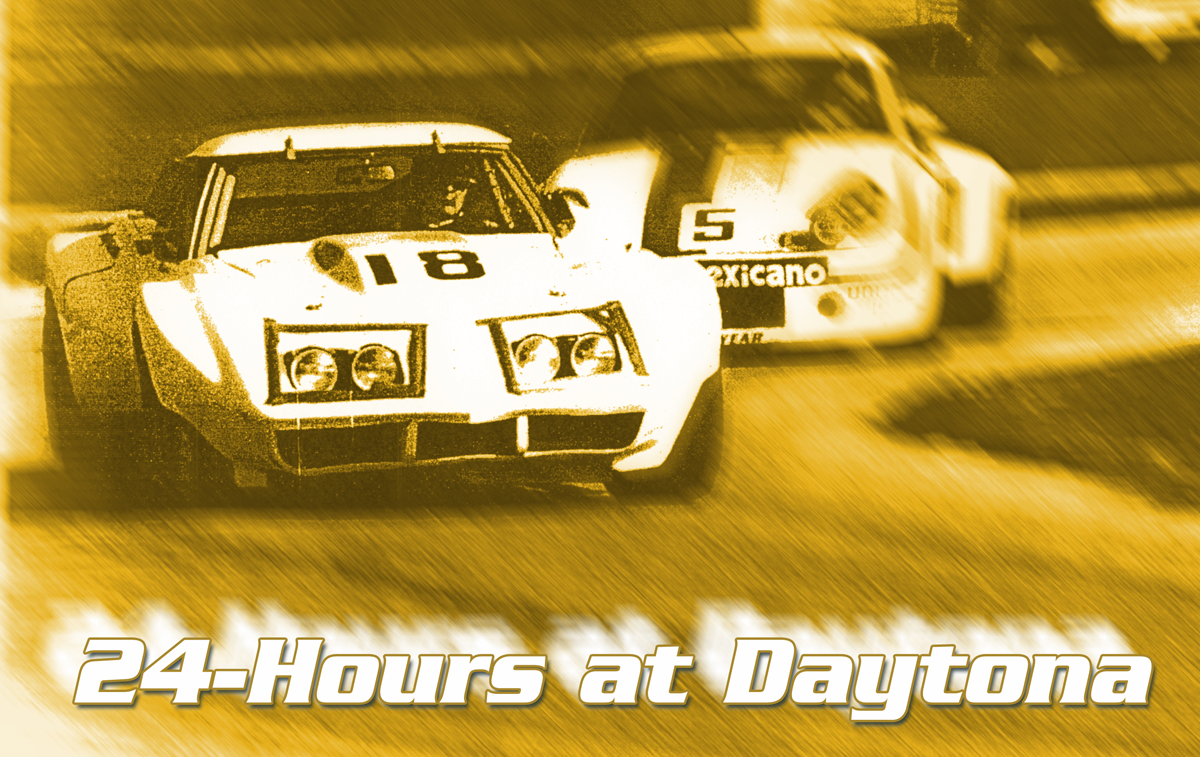 You are here: Home / Featured Corvettes / 24 Hours at Daytona

Now here was a true-blue American race car. This 1968 Corvette raced at Daytona’s IMSA (International Motor Sport Association) 24-hour race in 1973 and then again in 1975. It was produced as a “standard production” automobile and was driven as such until 1972, when it was involved in an accident. 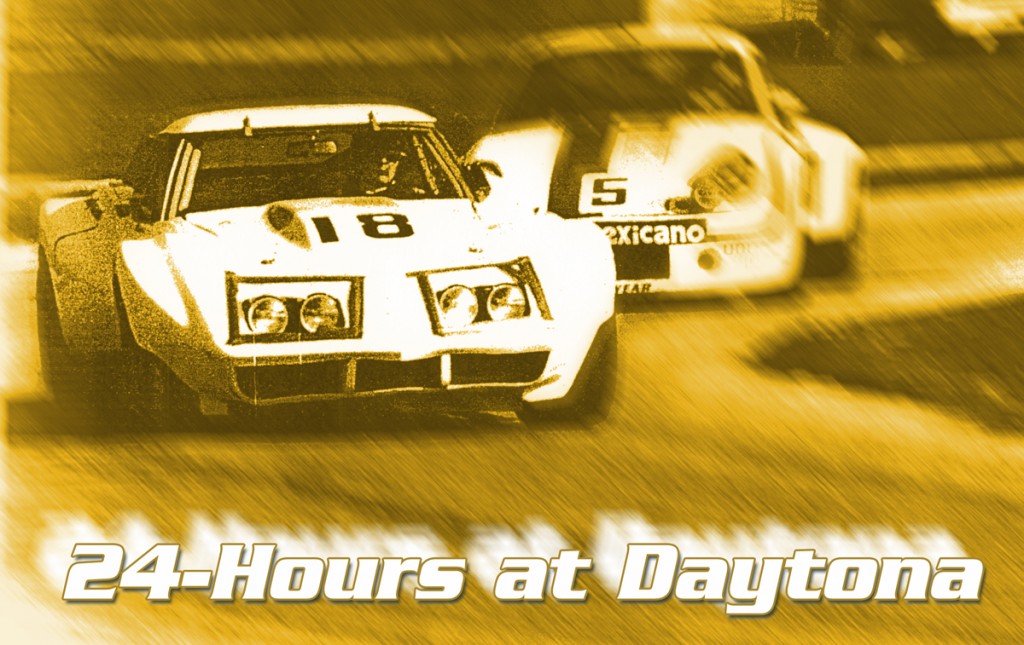 In 1973, Jerry Thompson purchased the car from Jerry Pennington. Mr. Thompson was a widely recognized race car engineer and national championship race car driver. Thompson set out to redesign and rebuild the Corvette to IMSA race car standards. He chose a 454 cubic inch engine bored .60 over to power this beast. Upon completion, the engine dyno’d out at over 640 hp. Late in the 1973 season, the car was ready for its first race in the G.T. class. What better place to test a “new” car than the 24-hours race in Daytona?

In 1974 this Corvette underwent some major design changes. Using his connections, Thompson was able to get the car into the Chevrolet Technical Research Center. It was there that Randy Wittine designed and engineered the new prototype (large) box flares needed for bigger tires being introduced in 1974. These hand built flares were only the second set produced, the first set went to John Greenwood. In 1974 this ’Vette was indeed on the cutting edge of design and technology. The car was also painted red and featured an eagle insignia on the hood.

The last season this car was raced was 1975. A new driver joined the team then. Along with Thompson, Don Yenko drove the Daytona race that year. In ’75, Mr. Thompson was looking at a job transfer from Michigan to Connecticut, and with sponsorship funds at a premium he made the decision to sell the race car. Mr. David Fryer became the new owner at that time.

For the past 37 years, David has maintained the car in its original race condition. Within the past year David made the decision to restore the car back to its race car glory years look. When completed, David plans to offer this piece of racing history at auction. It’s a true Daytona G.T. race car from the ’70s!