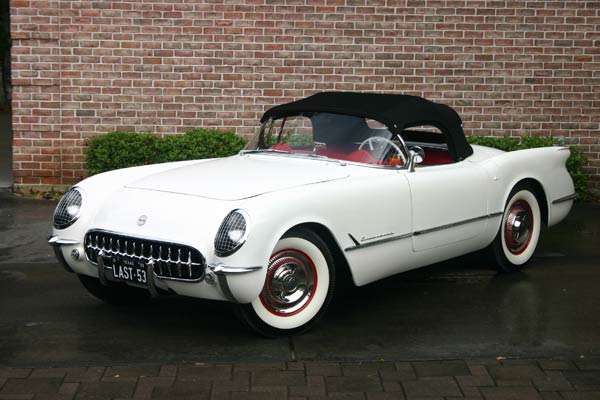 Chevrolet’s Corvette has been with us for over 60 years. Clearly the Corvette has retained its popularity with sports car enthusiasts, hence its longevity. As practically all Corvette enthusiasts know, this fiberglass car almost did not survive beyond its first three years of production. It was almost dropped again with the agreement passed in 1957 in which the members of the Auto Manufacturers Association passed a ban on factory-backed promotion of racing and performance. Despite this inconvenience, Bill Mitchell continued to develop the car in secret, risking his career to keep the Corvette in production. The Corvette had to be put on life support from time to time. 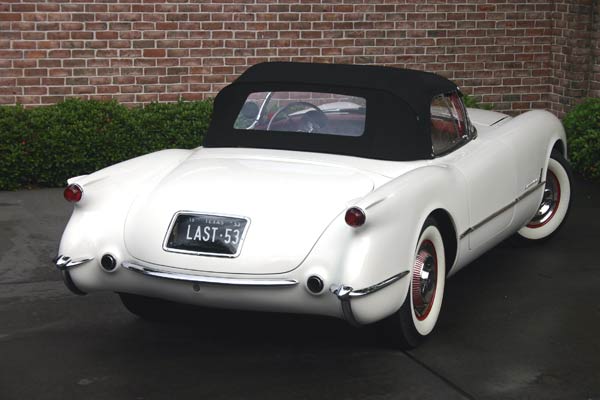 Today, the history of the Corvette only adds to its appeal among collectors, though obviously some models are more treasured than others. The first model-year version– the 1953 (of which only 300 were built) – is among the most desired. When a ’53 Corvette is offered for sale or displayed at a car show, the question asked first by knowledgeable types is, “What number is it?” The oldest known surviving Corvette, number three or E53F 001003, sold for $1 million at Barrett-Jackson in 2006. Number one is evidently no longer in existence, though rumors to the contrary persist about it. Incidentally, number two was tested and rebuilt by GM– so much so that it was “phased out” of existence over time, piece by piece, so little if any of the original car remains. Then there is the case of the “Last Stingray.” That 1967 model sold for $660,000. First, last and oldest obviously have much meaning to Corvette fans.

Essentially, the first 300 cars were pilot line cars with various changes made during the run. Even the way the fiberglass body parts were made changed a couple of times. Early cars did not receive the intended wheel covers because the tooling was not quite ready– so they had to be equipped with the Bel Air type. Because of all the improvements made during 1953, Corvette number one and Corvette number 300 were not entirely alike. As production progressed on the 1953 Corvettes, GM personnel got much more proficient at forming and assembling fiberglass components. By 1954, the bodies were of sufficient quality that colors other than Polo White (which helped conceal to some extent the rough body work) were offered. 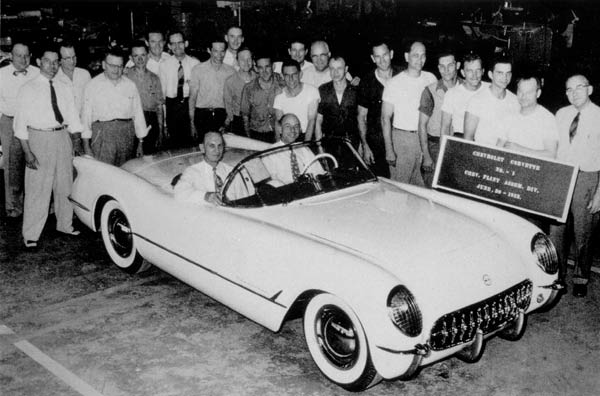 Production of the Corvette began at the end of June 1953. Car number one was equipped with Bel Air wheel covers as were several others which followed. By the time the last of the 1953s were built, a number of changes had been ordered by GM. Corvette number 300 was certainly superior to number 1 though at a glance they seemed to be the same.

Road test reports regarding the 1953 Corvette were generally favorable. Motor Trend judged the Corvette to be “an exciting car to drive” but noted it would “barely nose out an average [Buick] Century on an unobstructed freeway.” The ’Vette’s top speed was found to be approximately 108 mph. However, the lack of roll up windows and other conveniences reduced the car’s appeal. Quality control was another problem. Panel fit was generally poor and stress cracks appeared fairly quickly. The price tag of $3,490 was certainly on the high side and although that was the official base price, in reality the so-called “optional” AM-radio and heater was mandatory equipment! In reality, the base price was $3,734. This was at a time when a 1953 Bel Air convertible could be bought for $2,100 – $2,200! At the end of the 1953 model year over 180 of the 300 ’Vettes assembled remained unsold. This did not alarm GM because so many of the cars were being used for special dealer displays to draw people into showrooms. 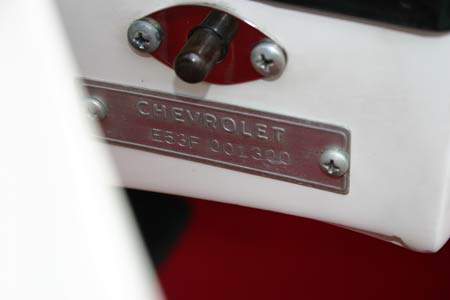 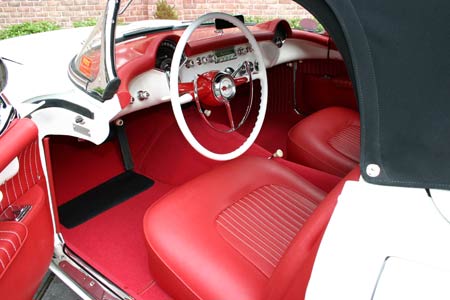 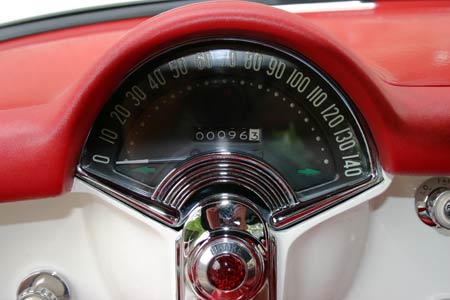 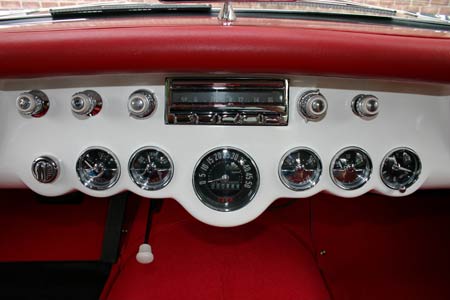 Today, the 1953 Corvette is judged on its rarity as well as its great styling as it has been for many years. The long-time popularity of the ’53 has left approximately 200 of these cars still in existence– including number 300– which is our feature car. It is currently owned by a collector in the Houston, TX area. 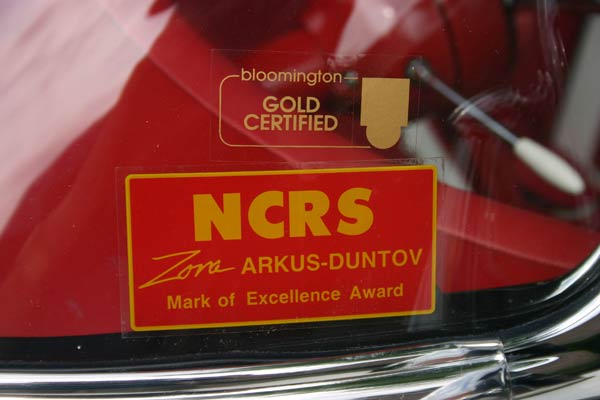 This Corvette was originally sold to a prominent physician who reportedly loved the car, but disliked the color and immediately painted it black. After keeping it for several years he sold it to a policeman. By 1971 the car had been purchased by another owner who advertised it for sale in the 1953-55 Vintage Corvette Club of America newsletter. The car appeared in the newsletter looking tidy, and back in its original exterior color. 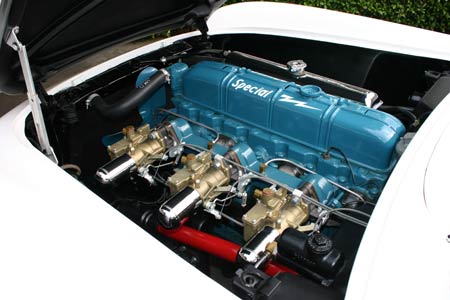 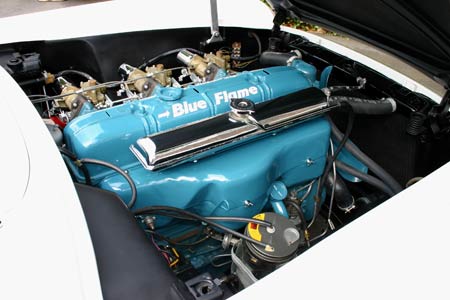 The car was purchased by a doctor in Florida in 1984. He had a body-off-frame restoration performed on it by Corvette Specialists Sara Blake and Joe Meyer. Upon completion, the car was shown around the country and it won virtually every award that could be attained. In 1998 the 300th production Corvette was sold to its current owner and soon thereafter it was freshened by Corvette Specialist Naber’s Motors of Houston. Finally, due to some crazing of the exterior paint, the car was completely redone in 2006 by 1953-55 Master Judge and Restorer, Steve Newsome. This Corvette has had an incredibly fortunate history with not one panel on the body ever being damaged. It was a two-time “Bloomington Gold Special Collection” car as well as a Bloomington Gold Hall of Fame Inductee– both uncommon honors. Furthermore, it was part of the General Motors “World of Motion” exhibit at Disney World some years ago.

Perhaps the last 1953 Corvette was and still is the best of its kind.