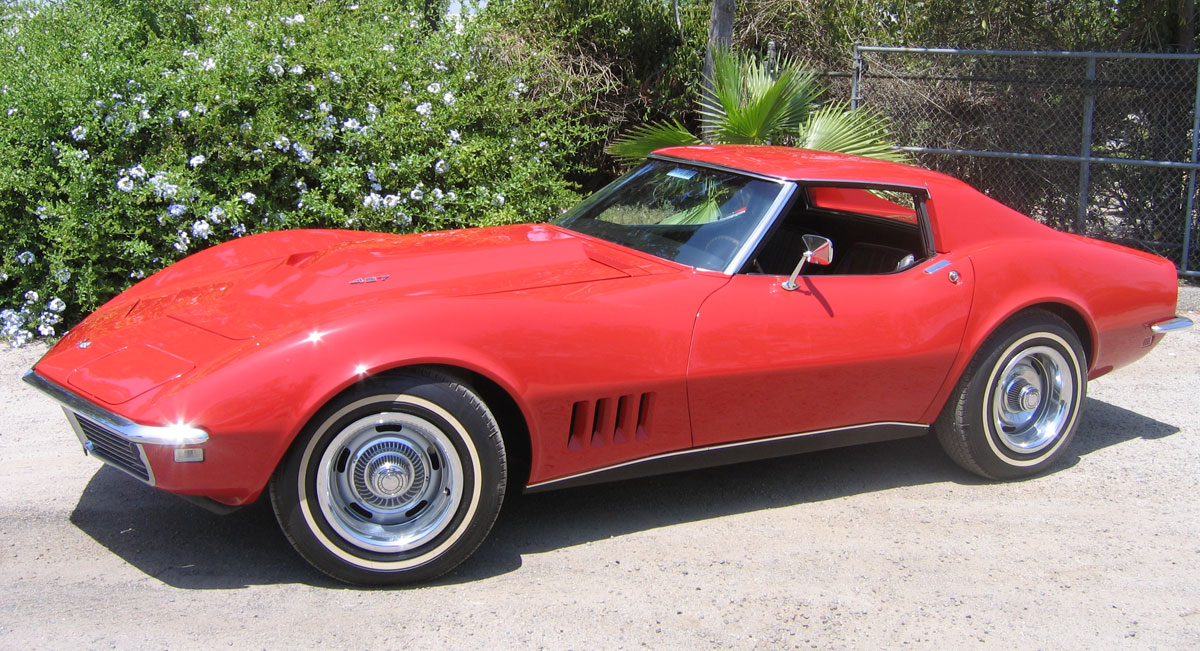 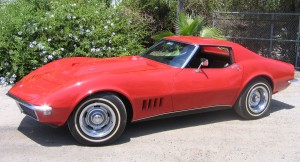 The L88 Corvette is a car that, for the most part, hid in the shadows. But it actually cast a big shadow on the American muscle car scene as well. Oh, if you were keeping a close ear to the ground, you knew about it. But if you didn’t pay attention, it came and went in a flash. The reason for its existence was that Zora Arkus-Duntov, the chief Corvette engineer, was chagrined that Ford got all this publicity for winning the 24 Hours of LeMans. Yet he knew that Chevrolet had a durable engine in the 427 and yearned to make it available for racing. But he had one problem – Chevrolet, officially, was not in racing. They had their heavy duty parts lists you could peruse at a dealership, and buy stronger parts than normal over-the-counter, but didn’t have a ready-to-race model like Ford had with the Cobra 427 S/C, or even GT40s (of which they only sold a handful). So Duntov pushed and shoved and surreptitiously developed the package known as “L88.” 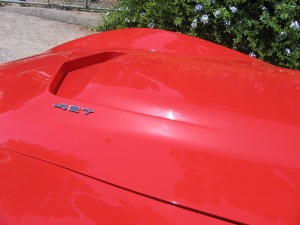 You have to figure they only sold 20 of them in 1967 – the first year it was available (you could call it a half year model because it was only available in Feb. ’67), so very few people knew about it. Part of the Corporation’s problem with the car is that it didn’t meet any of the usual standards for noise/vibration/harshness. It exceeded the maximum in all areas. It idled like the heartbeat of a thoroughbred racehorse at the opening bell of the Kentucky Derby. It had a buckboard stiff ride. There was no air conditioning available. In some states, the car might not have been able to be registered due to “Off Road” labeling (but now, one could expect them to be “grandfathered in” since they have been on the road for 45 years). An interesting note is that on the ’67 Corvette, the humongous hood scoop was a “dummy”. However, if you ordered the L88, that scoop was made functional, feeding cold air to the carburetor. That first year, the L88 was not listed among the available choices on the option list. And Chevrolet resorted to a ruse to keep sales down, a sort of feint-left to weed out the true cognoscenti from the wanna-be-racers. Chevy listed the L88 at 5 horsepower less than the 435 horse L71 427 in order to discourage buyers wanting to order the fastest Corvette available. The non-savvy thought the L71 was the more powerful of the two, going by the advertised horsepower rating. But they didn’t reckon on all the go-fast heavy-duty parts in the L88 that made it a superior engine for race work.

There were a few mandatory heavy duty parts you had to order with the L88 option, including a heavy duty F41 front and rear suspension, the J50 vacuum power brakes, the J56 special heavy duty brakes, the K66 transistor ignition, and the M22 heavy duty close ratio manual gearbox.

There were no special L88 emblems, and you had to look real hard at the car to note the hood was open in the back of the hood blister. It also had 6” wide wheels, which you needed. If you lifted the hood, you might have been able to spot the improved radiator—an aluminum cross-flow with a Harrison expansion tank, where other ’67 big-block Corvettes had brass radiators. The ’67s were also the only year the L88’s block and heads came painted Chevy Orange. 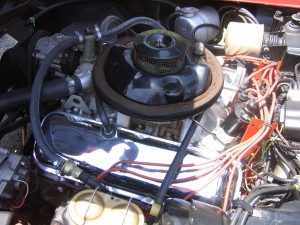 The ’67 L88 was just the start of Duntov’s war against the Cobras. The package was carried over in ’68 in the new “Mako Shark” inspired body and was phased out during the following year (calendar year 1969). There was no chance it would be offered in production in the future as all kinds of emissions laws were coming into being in the early ’70s. In the new-for-’68 body, the L88 accounted for 80 units. One way of checking on the number made is by the use of the heavy duty options. The records show that in ’68 only 80 M-22 “Rock Crusher” gearboxes were ordered, so they probably all went on L88 Corvettes. A bit odder is the fact that 81 1968 Corvettes were built with the heavy duty J56 special performance brakes – which means 80 L88s got them and one non-L88 car did as well. The last year of its offering, 1969, shows a change in sales. Word must have spread because that year, its final year of production, it recorded sales of 116 units.

While Chevrolet acquitted themselves well on the sports car racetrack with the L88, they also did well in drag racing, where they could regularly run in the low 11 second range at over 120 mph. If you ran in a modified class where you could choose gears (a stump pulling 4.56 was available), stickier slicks, headers and open sidepipes, you could rule the track.

Almost unbelievably, in the final year of production, 1969, there was even an automatic available (one figure bandied about on Corvette websites is that 17 were sold with automatics). The automatic had a 3-element torque converter, compound planetary gearset, and had the following ratios: 1 – 2.48, 2 – 1.48 and 3 – 1.00. 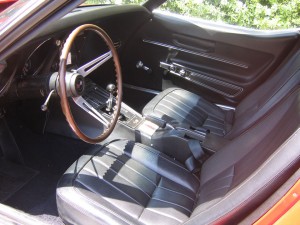 Ironically, for all of its thundering legend, the L88 didn’t seem to record very high top speeds – below 155 mph certainly. Even the 427 Cobra could top that, though it too had dicey aerodynamics (but the advantage of much less weight).

Surprising to many is the fact that the L88 came with an iron block. Iron was heavy, but had one big advantage over aluminum – if you overheat an iron block engine, you can usually count on no “core shift” or cylinder barrel shape changes once it cools off. You can’t say that for aluminum blocks. The L88 did use aluminum cylinder heads, and you had to cope with a difficult 12.5:1 compression ratio. If you didn’t have Sunoco 260 fuel in your neighborhood, you were in trouble.

If you were to look at an L88 for possible purchase, the most important thing to find is the RPO code on the engine, located on a machined plate in front of the passenger side head. This tells you what year the engine was built, what engine it is, and usually what transmission was attached to the engine. It also reveals what manufacturing plant Chevy used to build the engine (L88 engines were built on a special assembly line at the Tonawanda, NY, plant), what year the engine is, and its horsepower rating.

View Part 2 of our story on the legendary L88!