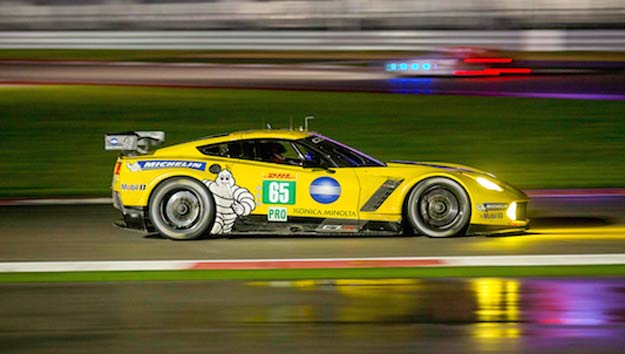 Next year, the Ford GT will go racing in the FIA World Endurance Championship, and if a plan between Larbre Competition team owner Jack Leconte and Wayne Taylor comes to fruition, the Corvette C7.R could be right there racing along with it.
Larbre Competition currently fields a Corvette C7.R in the FIA WEC’s GTE Am category. The team has recently been evaluating a move up to the GTE Pro class, and according to Sportscar365, they could partner up with Wayne Taylor Racing for the effort.
Leconte and Taylor met at Circuit of the Americas in the Austin, Texas last weekend and discussed the potential partnership. Taylor is in talks with sponsor Konica Minolta to run the championship and has reportedly been asked to sort the GTE Pro entry out by October 31st.

Driving the GTE Pro C7.R would be Wayne Taylor’s son, Ricky. His brother Jordan may also join the effort, however considering WTR is planning on retaining their Prototype entry in the WeatherTech United Sportscar Championship, Jordan might also be selected to race in America for 2016.