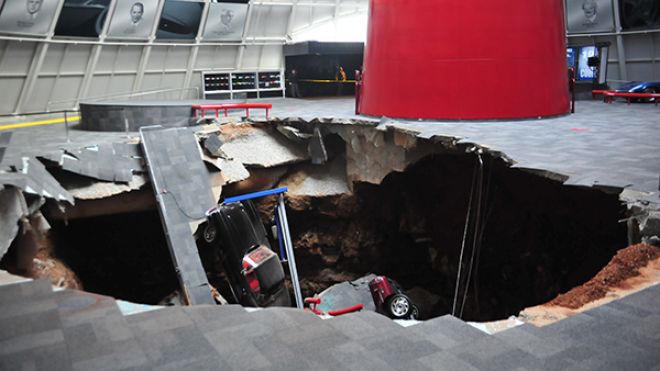 A massive sinkhole that opened up under a Kentucky museum Wednesday morning swallowed several vintage and rare Corvettes.

The National Corvette Museum said the Bowling Green Fire Department estimates the sinkhole to be around 25-30 feet deep and 40 feet wide.

“This is going to be an interesting situation,” Museum Executive Director Wendell Strode told the Bowling Green Daily News, noting that a structural engineer is at the Bowling Green facility to evaluate the damage inside its Sky Dome section.

“It is with heavy hearts that we report that eight Corvettes were affected by this incident,” the museum said in a press release.

Strode told the Courier-Journal that emergency personnel allowed museum staff to remove the only surviving 1983 Corvette, which was at risk of joining the other cars in the sinkhole.

“Before we do anything, like remove the other cars, we want that assessment so we know if there’s been any structural damage to the Sky Dome,” Strode told the Courier-Journal.

The museum is closed for the day.

An estimate of the cost of the damage done to vehicles and the museum has not yet been determined.

No injuries have been reported and Bowling Green city spokeswoman Kim Lancaster told The Associated Press that this appears to be the first incident of its kind at the property.

Bowling Green is also the only place where General Motors builds Corvettes. The city sits in the midst of Kentucky’s Western Pennyroyal area, where many of the state’s longest and deepest caves run underground, according to The Associated Press. 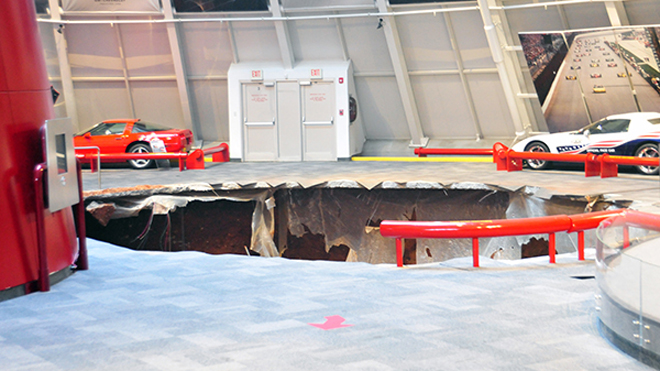