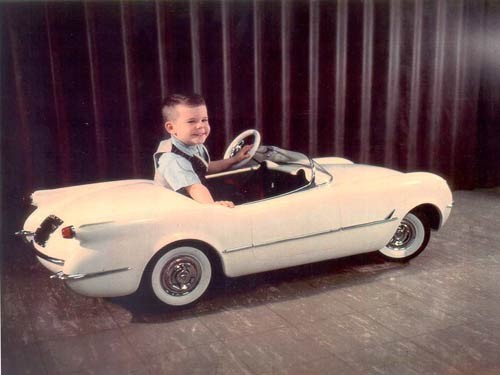 This is the only Corvette Pedal Car known to have been built by Harley Earl outside of GM. Were there others built inside GM? Nobody seems to know the answer to that question.

The car was built by industrial designer Clair Samhammer, at Harley Earl Incorporated in Warren, Michigan, who had supervisory and hands-on responsibilities for the construction of the car. Construction went on between 1953 and 1954. 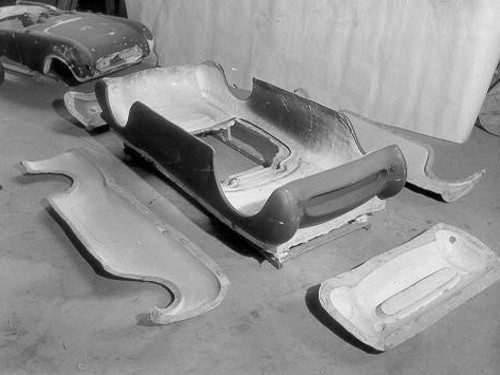 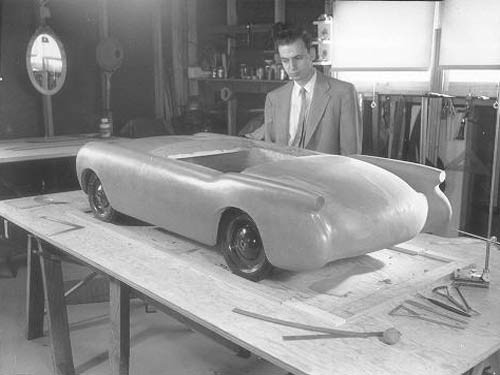 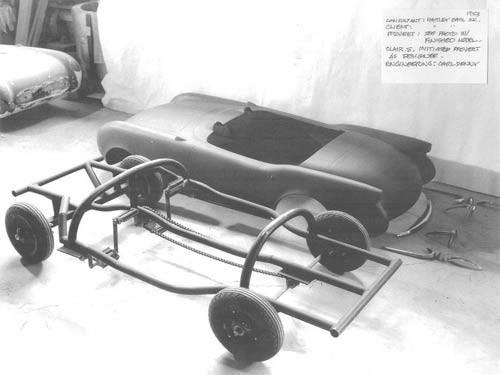 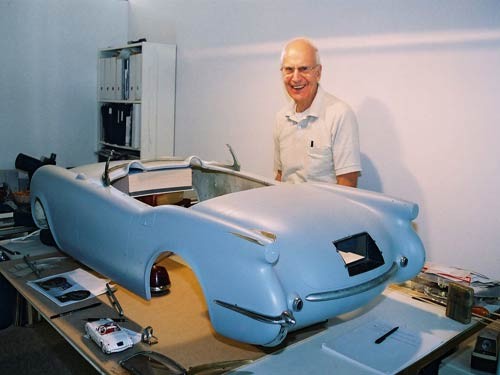 Why did Harley Earl build this toy car? According to those involved at the time, it was to help improve initially slow Corvette sales. Pedal cars would be sold to Corvette dealerships to be used as an added incentive to potential purchasers of Corvettes, or as promotional items. It is possible that this car may have been the catalyst for the pedal car program at GM. However, there is also the possibility there may have been other reasons to build the car, although that is pure conjecture since there are no records to corroborate the suggestion.

This pedal car was built (under the direction of Harley Earl) to carry the (child) driver and a passenger, allowing both to pedal. Only one car was known to have been built.

As pedal cars go, this car was exceptionally heavy, originally weighing 150 pounds. The restored car weighs approximately 100 pounds. Nobody seems to know what caused a 50 pound weight reduction in the restoration process. The original tires were Goodyear Diamond Tread, 10×2.75, pneumatic tires. Whitewalls were painted on. Tires on the restored car are the same. The hood and horn emblems were originally made using the SEE-DEEP process. The hood and horn emblems on the restored car are laser engraved on clear acrylic and painted.

Height, on wheels to the top of the steering wheel: 21 inches (55cm) 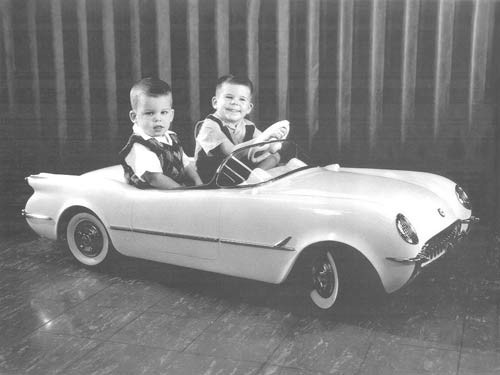 The car was in the possession of George A. Lyon I, and then George A. Lyon II, at his home in Birmingham, Michigan. The kids in the photos of the finished car are Craig and Gary Hughes, the sons of Harley Earl Incorporated product designer and photographer Bob Hughes, and were taken when the car’s construction was complete. It has been reported that the car had been found years later in an old carriage house, somewhere in Michigan. After being strapped to the back of a junkman’s truck, the car was sold at the Saline swap meet in Ann Arbor, Michigan, on April 28th, 2002 and then resold on eBay on May 5th, 2002. Some photographs of the car were found in the archives of Ford-Earl Design Associates.

This car was never known as anything other than a 1953 Corvette. The fiberglass fingerprints of this body match exactly those in the original photographs. Clay from the clay model was recycled. There are no mirrors, exterior or interior, on the car. These would have been child vulnerable items.

The chassis has been re-created, using photographs of the original as a reference. Pedal cars, with two sets of pedals side-by-side, are extremely rare. Approximately 500 hours were spent on actual restoration. The restoration began on May 15th 2002 and was completed on May 12th 2003. 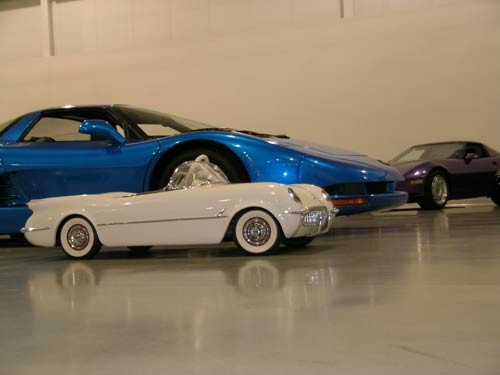 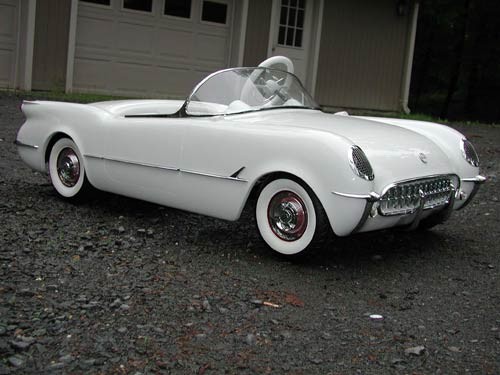 There have been several notable appearances of the pedal car, including: Featured car at Eyes on Design 2003 in Warren, Michigan. Featured car at Corvettes at Carlisle 2003 in Carlisle, Pennsylvania. On display at the National Corvette Museum on August 28th, 2003. Invited to the Concours d’Elegance at Cranbrook on July 25th, 2004. Went on display at the GM Heritage Center on July 26th, 2004. 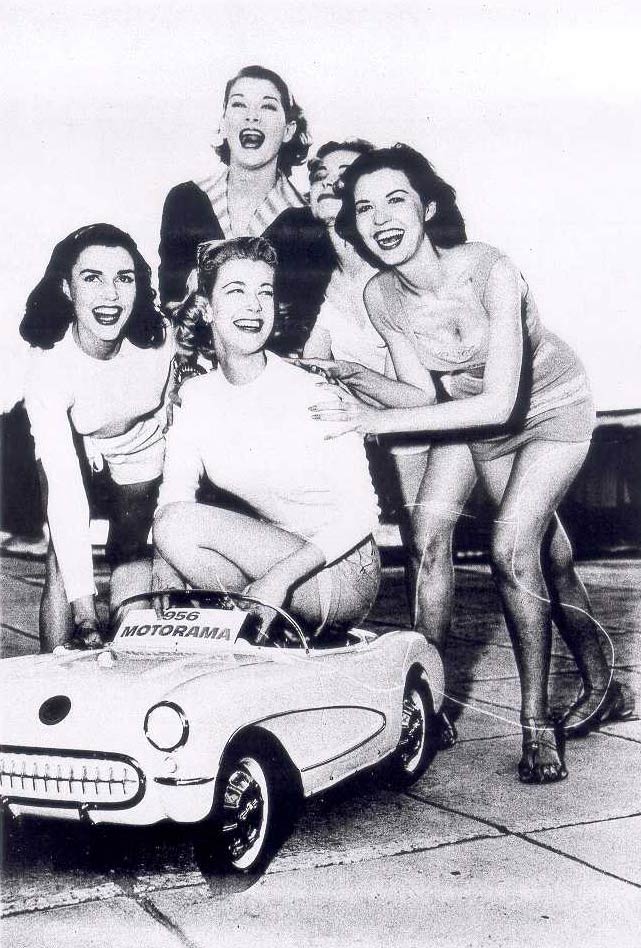