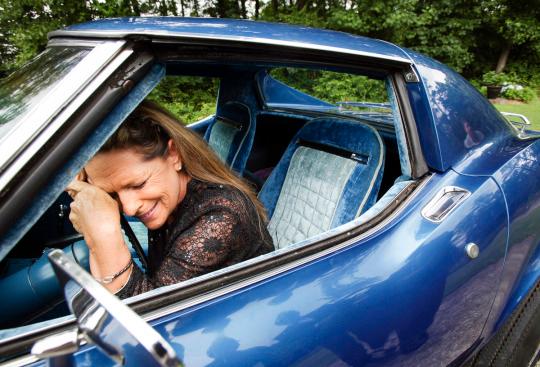 Three months ago, we brought you the story of Terry Dietrich and her 1972 Chevrolet Corvette — the one she bought at age 19, had stolen six months later and was found 43 years afterwards by a car restorer in North Carolina. At the time, it looked like Dietrich would never get her car back thanks to an ocean of red tape. That ocean parted Monday, and Dietrich had a reunion in her driveway. 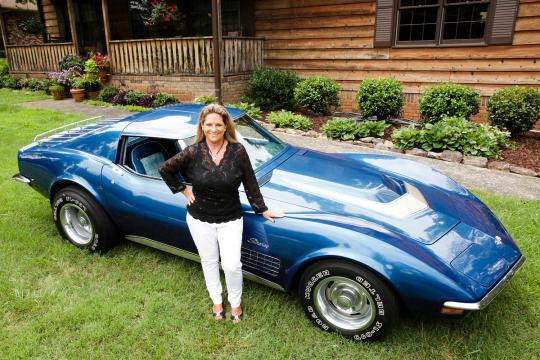 The hurdle was similar to what many people face: the legal question of who owned the car. Dietrich had insured the Vette with Allstate, which paid the theft claim on it back in 1972. Since the stolen car had fraudulent paperwork, there was no trail for a car title — required under North Carolina law to release a vehicle from impound.

For the reunion, Allstate enlisted the help of Jim Dykstra, the now-retired local insurance agent who sold Dietrich her policy back in 1972. After three months of work with officials in Georgia and North Carolina, a new title was finally issued. On Monday, Dykstra rolled into Dietrich’s driveway with the Vette and its blue-velour interior for a once-in-a-lifetime reunion.