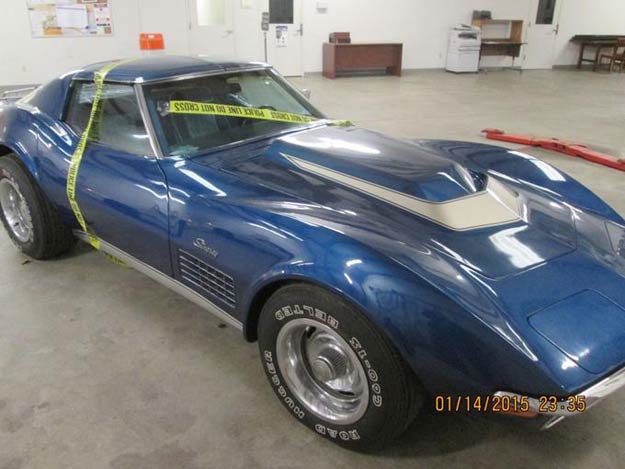 …but the owner may lose it again.

“We’ve found your car” are the four most desired words you can hope to hear when your car has been unlawfully taken from your possession. In the case of Terry Dietrich, those words were uttered to her earlier this month some 42 years after her first love – a 1972 Chevrolet Corvette Stingray – was stolen in Duluth, Ga., just six months after it was bought.

But, as is typical with stories of long lost automotive loves, those four words were often followed by an endless amount of bureaucratic red tape and an unmovable state agency.

The story begins in North Carolina, where earlier this year a 1972 Chevrolet Corvette Stingray went up for sale and was purchased by car restorer Gary Green. The car had been owned by a neighbor who’d cruised the local streets in the Vette since 1975. Due to being around for so long, the sight of the blue Corvette was ubiquitous amongst fellow townsfolk, and Green thought he knew its history well enough. When the Corvette’s owner passed away, Green purchased it from the man’s wife without worry.

Green checked the VIN after purchase and immediately recognized the string as belonging to a 1969 Corvette convertible and, upon closer inspection elsewhere, found a different VIN stamped into the frame and engine. Like any law-abiding and upstanding businessman, Green reported it to the police. 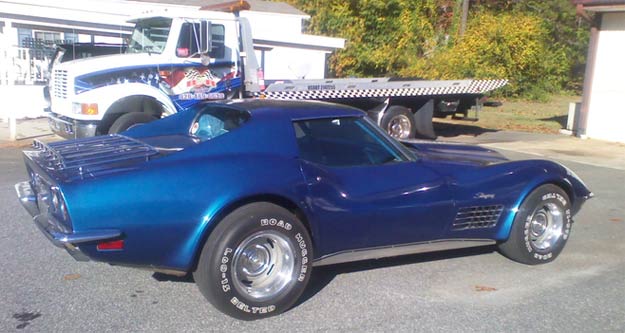 Sure enough, the car was the same one stolen from Dietrich in November 1972; police quickly impounded it. Here’s where the next step would be for Dietrich to be reunited with her missing ride — but thanks to the aforementioned red tape, Dietrich’s Corvette will likely occupy the police impound lot, unless the North Carolina DMV changes its rules.

Back in 1972, Dietrich financed the Corvette and insured it through Allstate. Since she did not own the car free and clear, the lending institution held the title until the car’s eventual theft, thus giving Allstate title of vehicle when they paid out for the theft. North Carolina requires a title to release the vehicle and they won’t bend the rules an inch by considering the original police report from 1972.

Given the 42-year gap, neither Allstate nor the state of Georgia can provide a title to Dietrich, blocking her ability to lay claim to the well-cared-for Stingray sitting in a North Carolina impound lot.

Worst of all, unless a court order allows her car be released, it’ll head off to police auction for the highest bidder, a situation Dietrich is not likely able to afford. They say it’s better to have loved and lost than never loved at all. But, twice over a span of 42 years is absolutely heartbreaking.