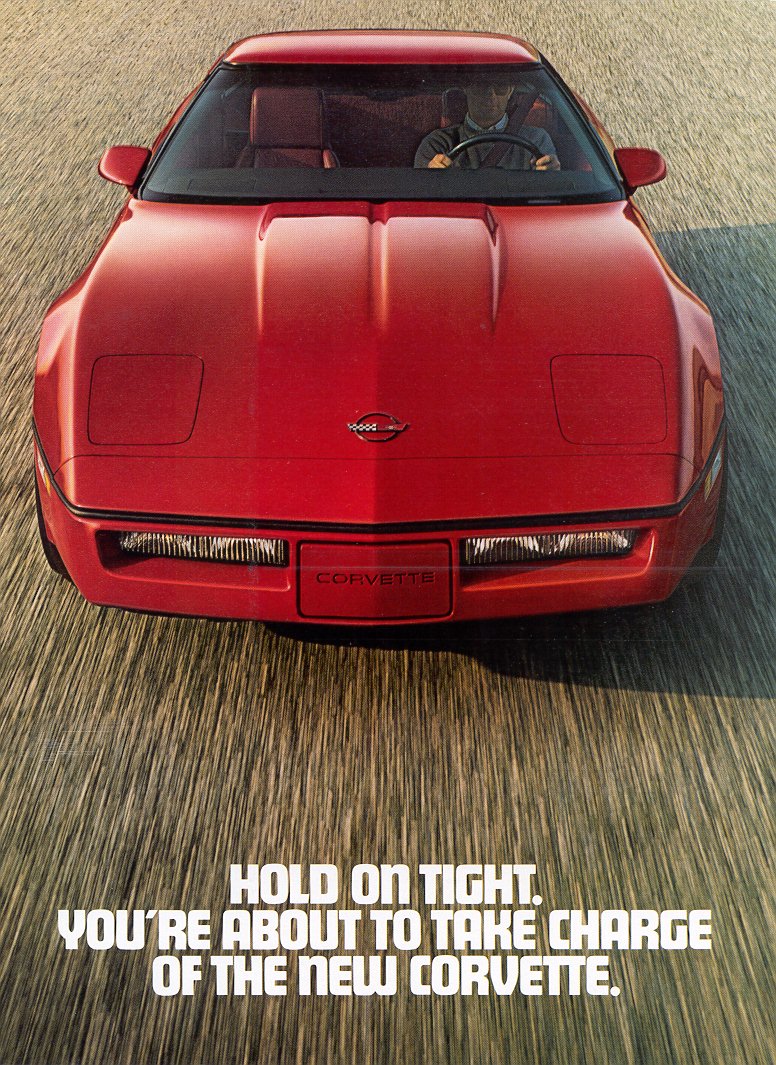 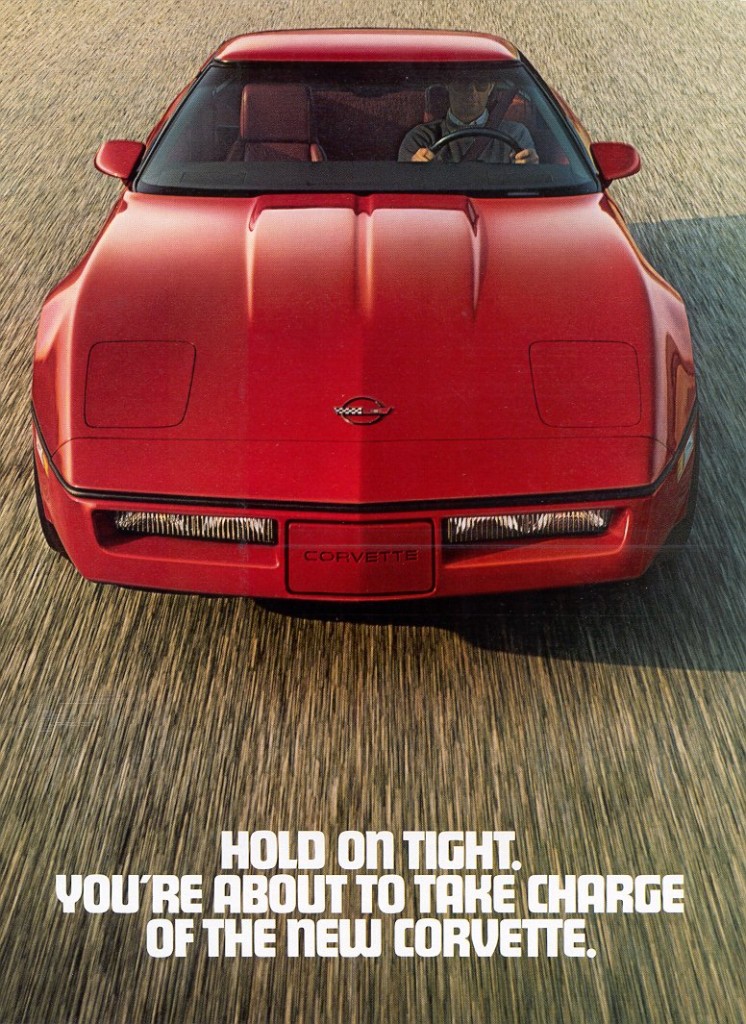 The all-new Corvette arrives for 1984! After a “missing” ’83 model year (Chevrolet was simply not ready in time for full scale production in 1983. Technical advances in this new gen Corvette were vast and Chevy needed the extra time for testing, etc. More stringent California emissions standards were introduced then as well, adding further challenges), the 1994 model was a welcome change. This ad showed the world it was well worth waiting for! 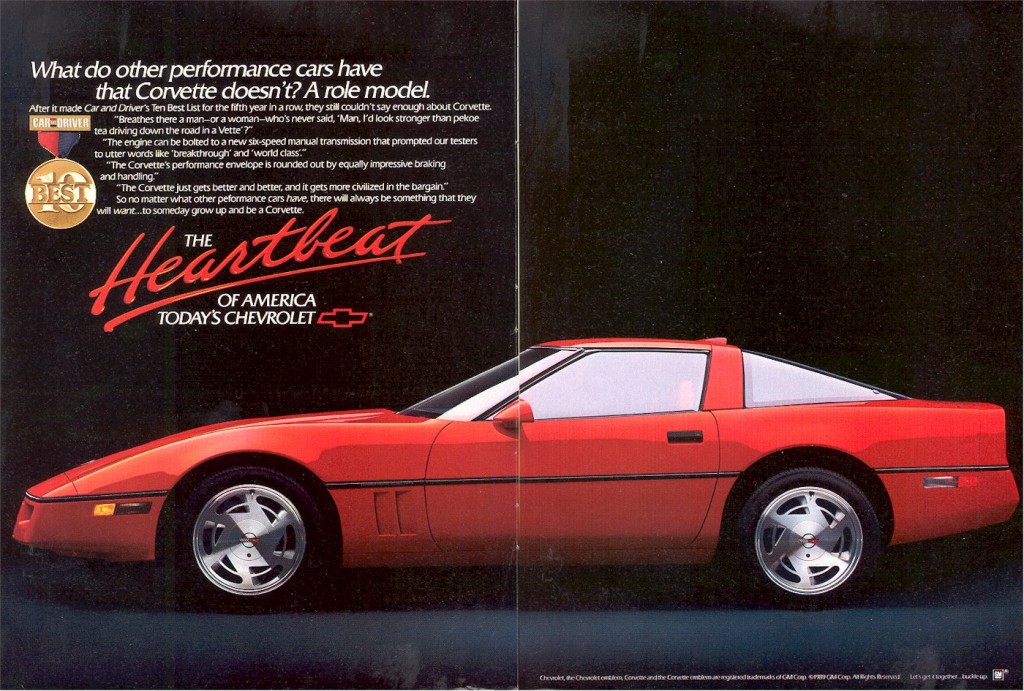 All Corvettes are red, right? Of course, in a print ad, they ought to be! Chevy’s “The Heartbeat of America” slogan was in its heyday in 1989 (began in 1986, ran through 1993) and in this ad, they were playing it to the hilt. The 1989 model marked the 5th straight year that Corvette made Car and Driver magazine’s Ten Best list. A new 6-speed transmission earned rave reviews. 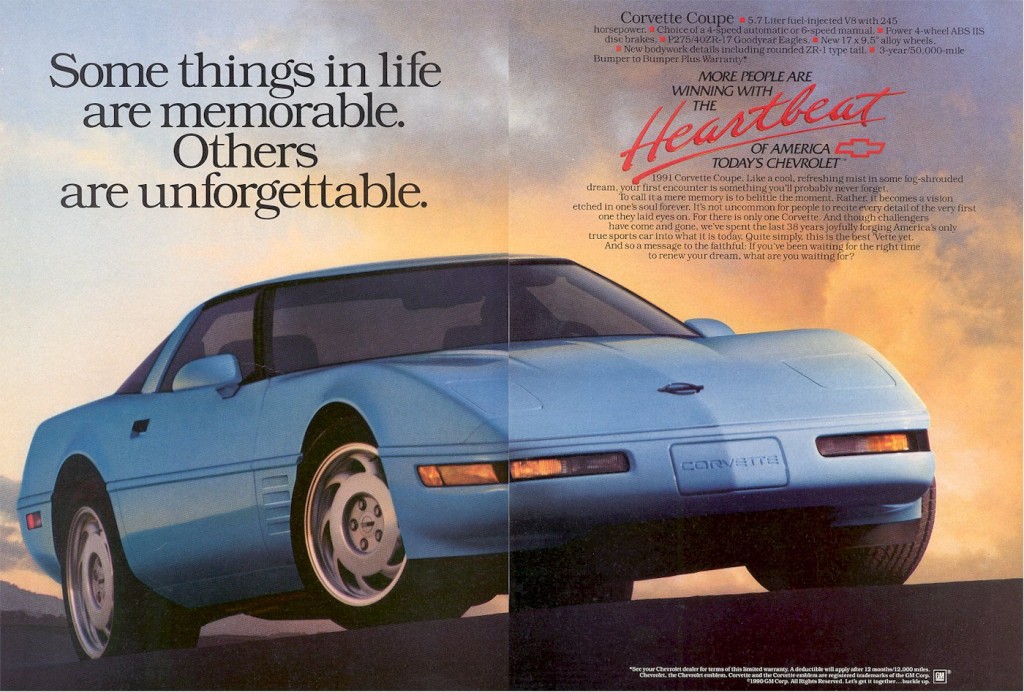 An ad with a BLUE Corvette! This 2 page spread ad for the ’91 Corvette played hard on people’s emotions: “Some things in life are memorable. Others are unforgettable”. The ad copy goes on to say the the ’91 is “…the best ‘’Vette yet”. Motivation is still the 5.7L small-block rated at 245 hp. Other selling points include the “New bodywork details including rounded ZR-1 type tail”. 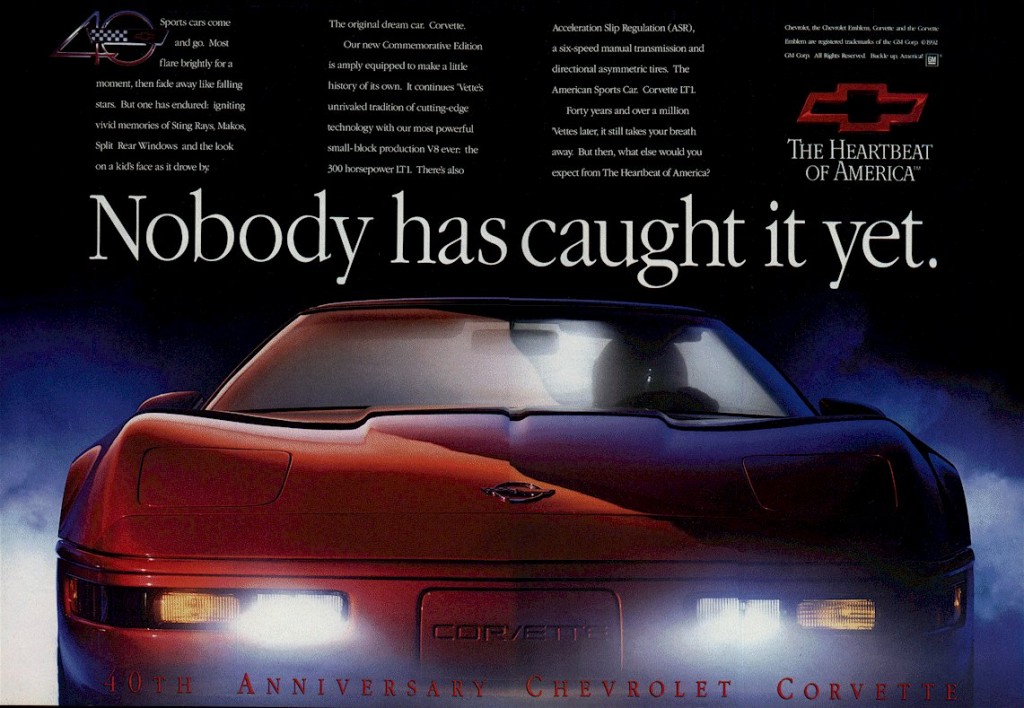 This print ad for the ’93 Corvette celebrated the car’s 40th anniversary. The limited edition 40th Anniversary Package (RPO Z25) included a Ruby Red exterior and interior and special trim. It was available on Coupe, Convertible, and ZR-1. Total production of the Anniversary Package was 6,492 units. This ad went full-on dramatic with the “Nobody has caught it yet” heading. Chevrolet’s ad copy put this car (no doubt referring to the ZR-1) in the same category as “Sting Rays, Makos, and Split Rear Window” Corvettes of old. The base Corvette 5.7L pumped out 300 hp, and the ZR-1’s high-zoot 5.7L generated 405 ponies.