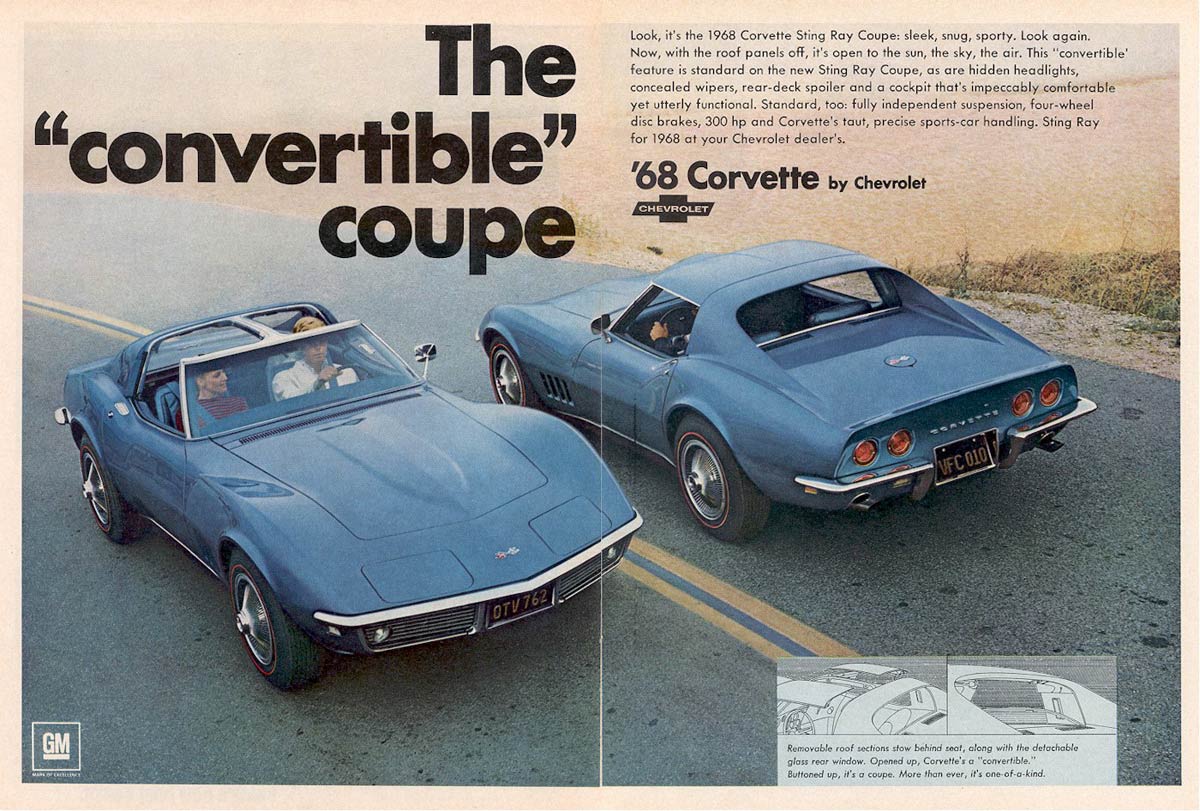 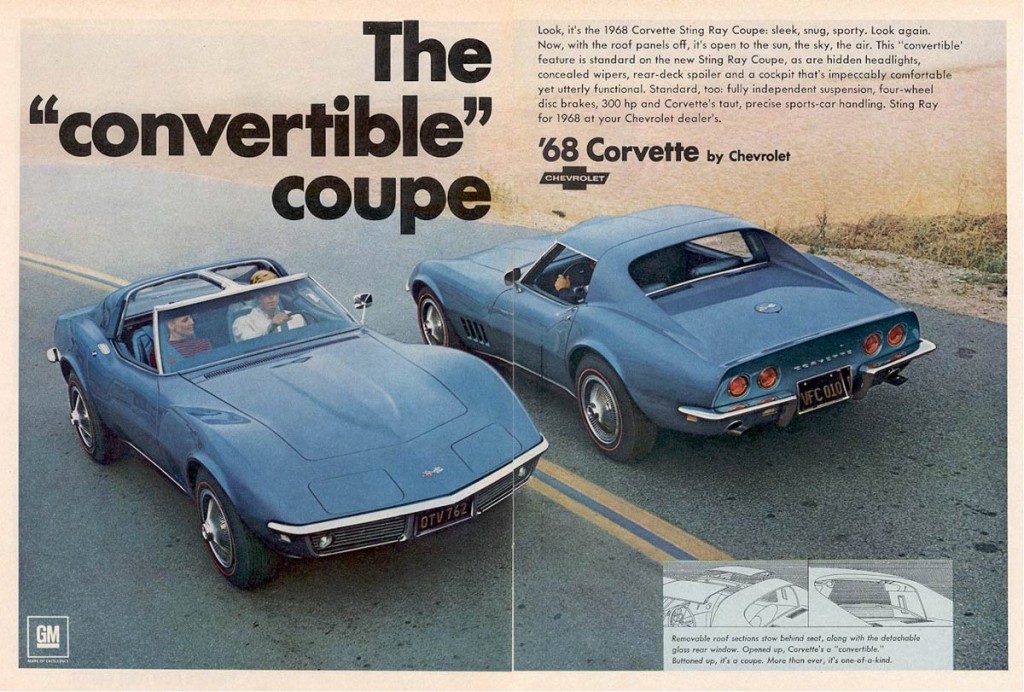 Bring on the T-Tops! The all-new C3 was a resounding success, offering plenty of new “standard” features (such as those T-Tops), hidden headlights, concealed wipers and a rear deck spoiler. The base 327 cube V8 put out 300 hp. Engine options consisted of a high output 327 (350 hp), and several 427s, ranging in horsepower from 390 to 435. 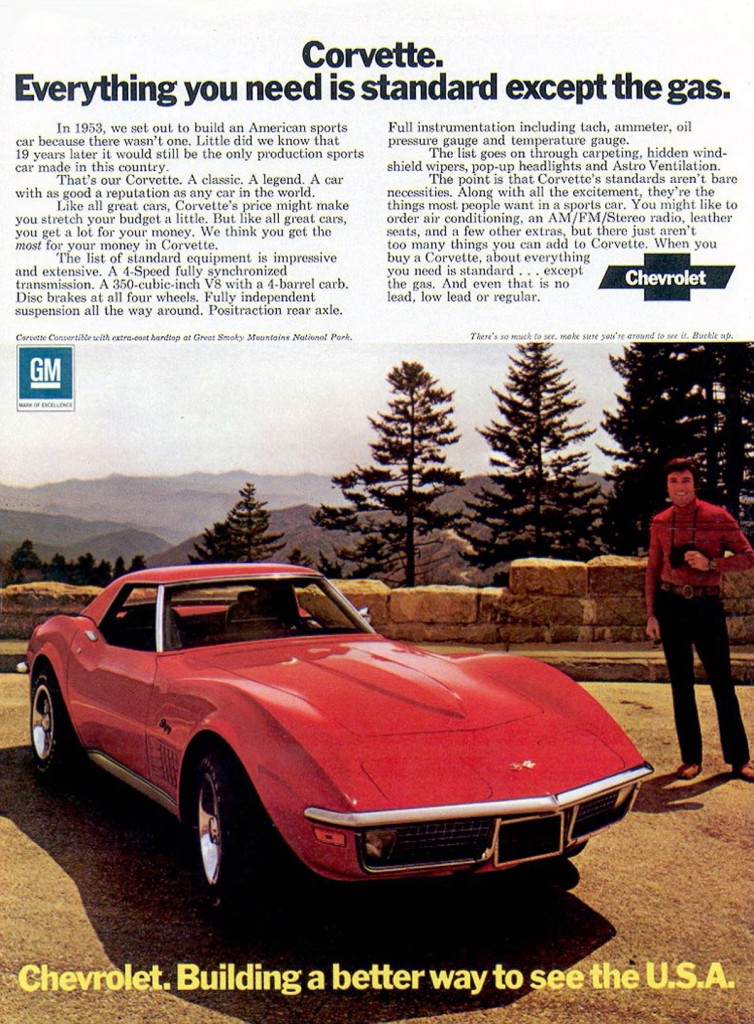 This ad marketed the Corvette as a single guy’s car, and boasted that everything was “standard” except the gas– even though things like A/C, an AM/FM stereo and leather seats were still options. Base engine was the 350, putting out 200 hp. Top of the heap was the 454, generating 270 hp. Even though these ratings were now “net” instead of “gross”, the times were a-changin’, for sure. 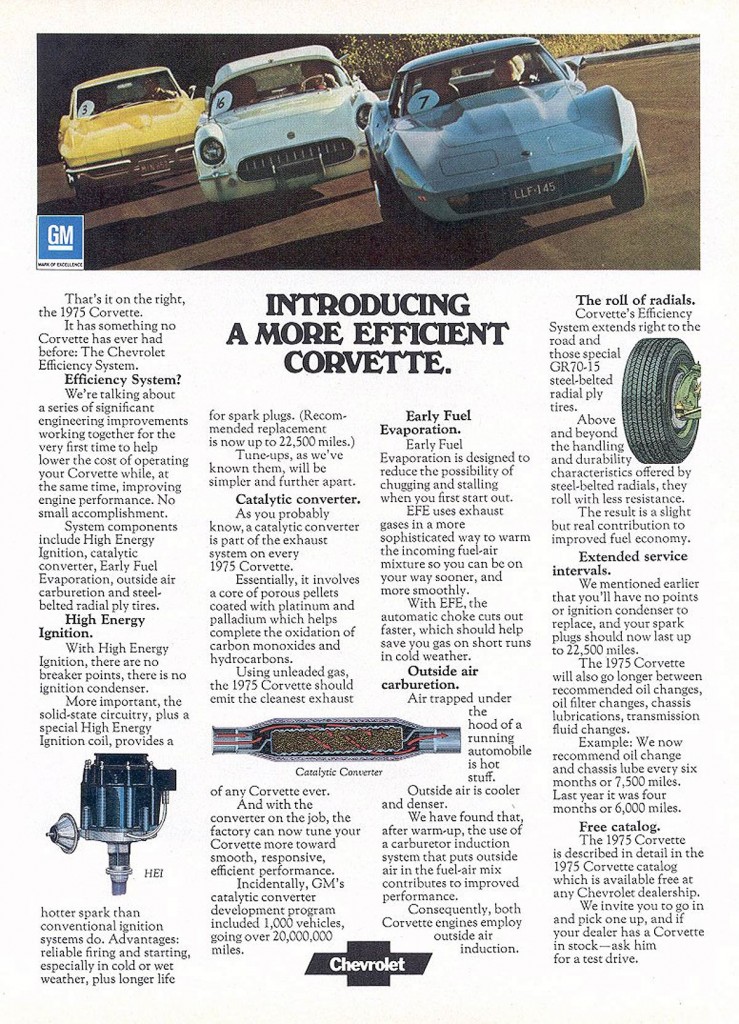 The 1975 Corvette ad campaign focused on efficiency rather than lifestyle. HEI, catalytic converters, radial tires designed with less roll resistance. 1975 was the first year for catalytic converters, and the first year for a “smoother, one-piece rear bumper” for Corvette. The only available engine – the 350, came in a multitude of variations (depending on transmission choice and options), ranging in horsepower from 165 to 205. 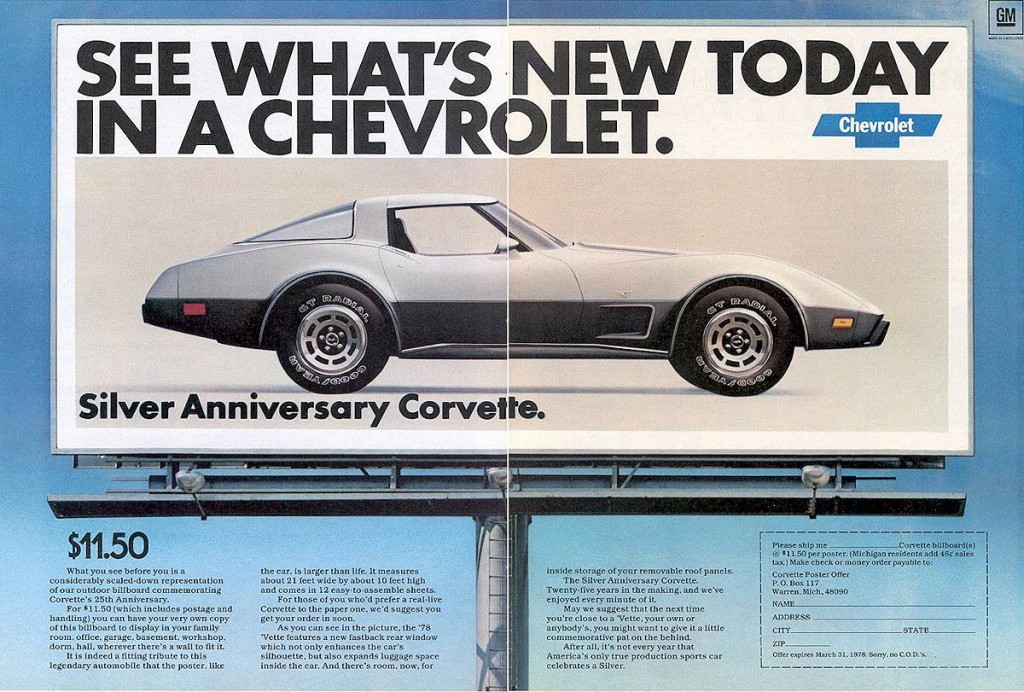 1978 was the “Official Pace Car” year for the Corvette, and for the Silver Anniversary Edition. Check out this billboard ad. You could actually order a 21 foot by 10 foot high poster of this car – in “12 easy-to-assemble” sheets, for $11.50! Sole motivation were the 350 cube V8s, rated between 175 and 220 hp, depending on transmission choice and options. 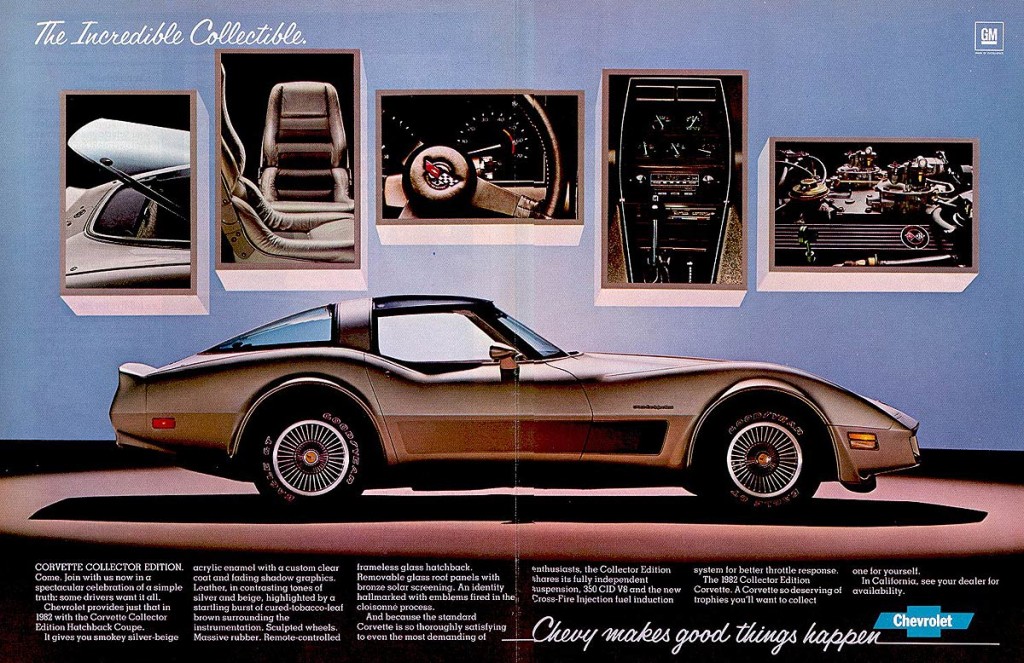 The last year for the C3 Corvettes offered something pretty special – the Collector Edition. Primarily a visual appearance package, the Collector Edition saw a limited run of only 6,759 Coupes, all with lift-back glass rear windows. Chevy pumped this ad up: “The Incredible Collectible”, and “Chevy Makes Good Things Happen”. The 350 engine put out 200 hp. There would be no Corvette for the 1983 model year.