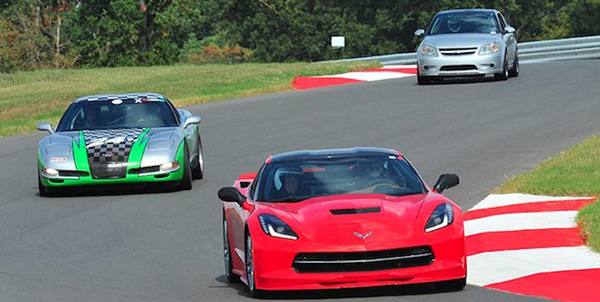 By Sean Szymkowski.  From GM Authority:

Continued drama between the residents of Clark Circle and the National Corvette Museum Motorsports Park has only heightened with the news of a $100 noise violation fine served to the facility. The Bowling Green Daily News reports last Thursday the park was issued the fine by Warren County’s code enforcement officer.

“Enough is enough,” Steve Hunter, executive director of the planning commission, said. “We could have issued the fine in the 25th hour, but we have been trying to work with them.”

The NCM has seven days to request a hearing with the Code Enforcement board, which is expected to take place September 9.

In the meantime, the NCM has been working with sound and acoustic engineers to begin rectifying the noise issues. On July 29, the NCM submitted a letter detailing how the problem will be solved after continued complaints of residents being able to hear engines and tires screeching inside of their homes with televisions on.

“We plan to build a berm,” Charles English Jr., the NCM’s attorney, said. “When we do build something, it will be designed by acoustical engineers and it will have a positive effect.”