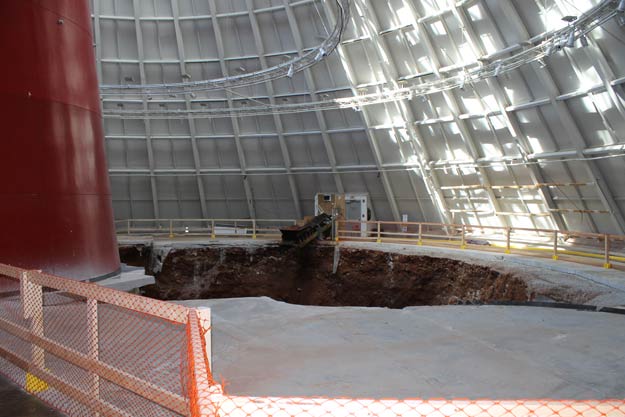 The National Corvette Museum says work will start in about three weeks to fill a massive sinkhole that opened up in February and allowed eight prized sports cars to topple inside.

The project’s schedule calls for completion by July at the museum in Bowling Green, Kentucky.

The museum says six of the eight cars that fell into the hole are on display in the museum’s Skydome. The museum will move as many as possible into other public viewing areas after Nov. 9 until the Skydome reopens next summer.

Video of the hole became an Internet hit, with cars toppling like toys. Museum officials considered keeping part of the hole open and putting a crumpled sports car back inside but said that idea lost favor because of safety and maintenance costs.